Due to Covid-19 emergency, production and shipping might have a little delay. Thank you for your understanding. 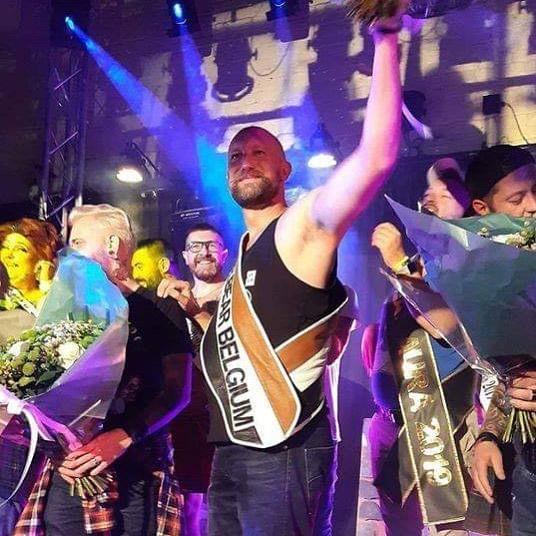 For Many years the second weekend in October has been all about Bears in Belgium and was formerly known as Mr Bear Belgium. The event has grown with several events and parties and now spans an entire weekend and has been renamed as Belgium Bear Pride.

One of the biggest events in the Bear calendar, the weekend of events includes a number of disco and club nights, a bear market, brunches, a guided tour of the city and of course the ‘pageant’ itself, where Mr Bear is crowned. The opening reception at the NH Hotel is not to be missed. The annual SPLASH sauna party in the city is also one of the hottest tickets in town! Last but not least, don’t miss the route of bars like Stammbar, Station BXL or Le Baroque!

Gorgeous! Thanks @dutchferryh for the awesome phot

Such an adorable otter, thanks @jaewai01! 🐻❤X

Thanks to the gorgeous and beefy Frank @tanktank11

Today it's national fitness day and although I am

Isn't this the cutest family portrait ever? Thanks

Shoutout to my friend Andy @andyjdj, a fantastic d

Thanks @subluminal_svg and friends for this cool p

Thanks to the adorable JC @onehugelongname!🐻❤

Is it a wolf? Is it a pup? It's @pupgadget! Thanks

Thanks to the gorgeous and sweet @djchrisstutzn he

Thanks @adameow for this awesome photo! Bossy Bear